In the Middle Ages, it was believed that if you tied a rabbits foot around your neck, it could relieve your toothache or even make it disappear. In many countries, however, the meaning varies. Mostly, however, it is associated with good luck, in one's own life or even in card playing. And even today, in South and Central America, rabbits feet are nailed to doors and house entrances to drive away evil spirits.

The term "ladybird" comes from religion. It owes its name to the Virgin Mary. The ladybird symbolises above all luck and great diligence.

It is also called a ladybird or a lucky beetle.

Among the numerous species of ladybirds, the "seven-spotted" is the most common in Europe. Because of the lucky number seven, it is therefore probably regarded as a lucky charm.

Another possibility where the ladybird gets its specific meaning from would be its biological task. It eats up to 140 aphids a day and is thus an important ecological pest controller.

However, it can lead to misfortune if you try to injure or even kill a ladybird.

In the past, many people believed that the metal of the horseshoe released special powers. These powers were useful at that time to keep spirits and devils away from one's own house.

The semicircular shape, which is open at the top, can be seen as a kind of gate through which luck can enter.

In order to prevent it from coming out again, it must be kept with the opening facing upwards, according to ancient beliefs.

In order to explain the meaning of the shamrock, two different interpretations are usually cited.

On the one hand, the legend states that Eve took a four-leaf clover with her into the human world after being thrown out of paradise. This tradition presumably gives rise to the belief that a four-leaf clover leads to both happiness and wealth.

On the other hand, the number four in the European area also has a special symbolic power in various ways. It stands for perfection.

Examples are the four cardinal points or the four basic elements.

To find a four-leaf clover in the wild is rather unlikely. For this reason, the finding of one in itself represents a certain luck. The color of the clover leaf determines when the luck will come.

If the leaves of the found shamrock are light, then you already got the luck, if they are still dark, then the luck is still ahead of the finder.

Attention gambling can be addictive !! 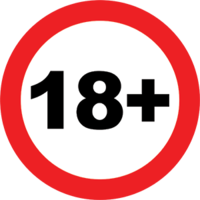